FOXBUSTERS as a concept and website is over 7 years old.  the SSAA Australian Shooter magazine (Feb 2016) featured an article on FOXBUSTERS.  since then there has been over 760 requests for the “Secret Weapon”.

April 2019 the Australian Shooter magazine published another article “‘Secret Weapon’ in the hands of thousands”, featuring a thousand copies sent.  By May 2019, another 500 have been sent making over 1500 copies.

Some useful networking is happening – a meeting of like minds is taking place.  There has been only one public speaking event last year with equipment demonstrations and a PowerPoint presentation.

The article in the ‘Shooting Australia’ website entitled “Lady With A Gun”  has been well read.  This lady put to words a an accurate assessment of shooters and the feral animal problem in Australia, which is shared by us FOXBUSTERS.

Over 600 foxes have been examined by necropsy, discovering an amazing variety in their diet.  Vixens examined for pregnancy and/or cub numbers birthed.  As well as stomach contents, the small intestines are examined for parasitic worms (tapeworms and roundworms).

On May 24 2017 FOXBUSTERS®  became a registered Trademark.

Many reports of successful use of the “Secret Weapon” are coming in, but we would like to hear of more of the fox being outfoxed!

Happy Hunting to you all

On Sunday 16th September 2012, FOXBUSTERS went on public display with a small stand at the local Spring Market Day that celebrated The Year Of The farmer. 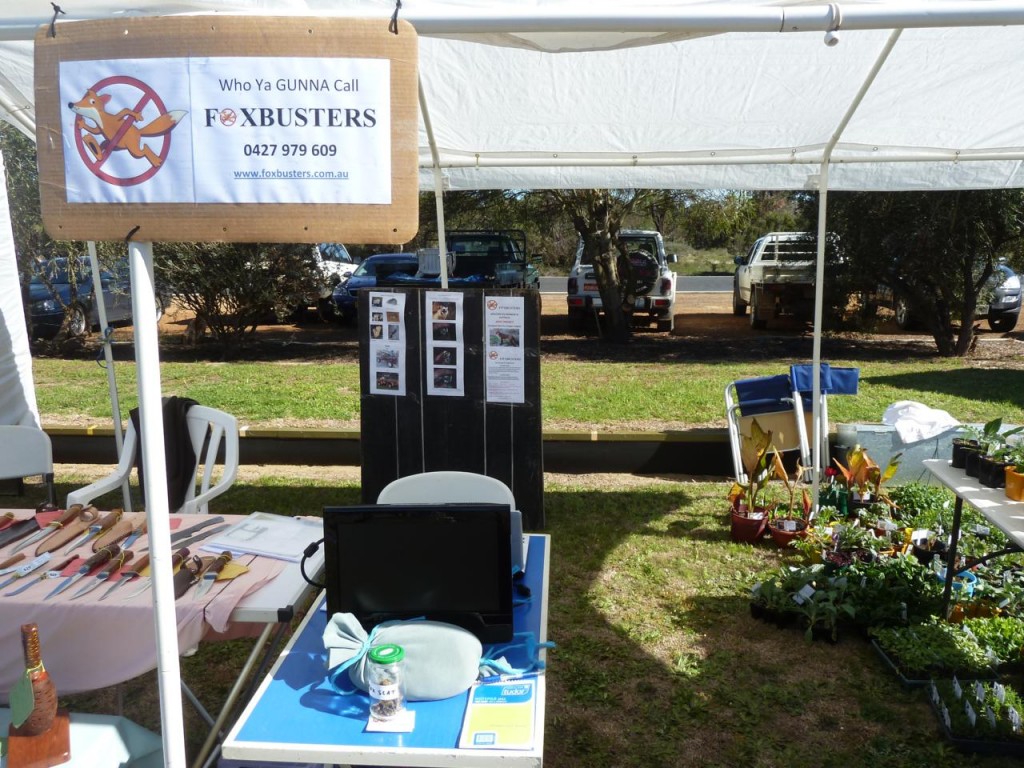 The marquee was shared by a local knife maker and a nearby nursery. There was significant interest and surprisingly few negative comments.  Unfortunately the bright day made viewing of TV and computer screens difficult.