To shoot a fox at any distance with any rifle, the first three things you need to know are;

What distance the rifle is sighted in (zeroed) at.
Where the bullet will hit, higher or lower than the cross hair in the scope, at various distances within the effective range of the caliber you are using.
What distance the target is from your firing location, therefore knowing where the point of aim is for bullet placement for a quick humane kill. Therefore knowing the amount of hold under or hold over required.

The illustration below is a clip taken of an interactive website that allows you to understand the trajectory and wind effect on your shot. It could be argued that the .243 Win is an effective caliber on foxes out to 350 yards if the above 3 points are established.

Cleanliness is next to Godliness is an old saying that is applied to many things. It also applies to the internals of an accurate rifle, particularly the state of the barrel. Washing your dishes is easy if you have a sink or better still a dishwasher. Cleaning your rifle barrel can be made easier with the right equipment. A clever shooting mate developed a system that I refined to suit my situation. The following pics illustrate what has been developed. 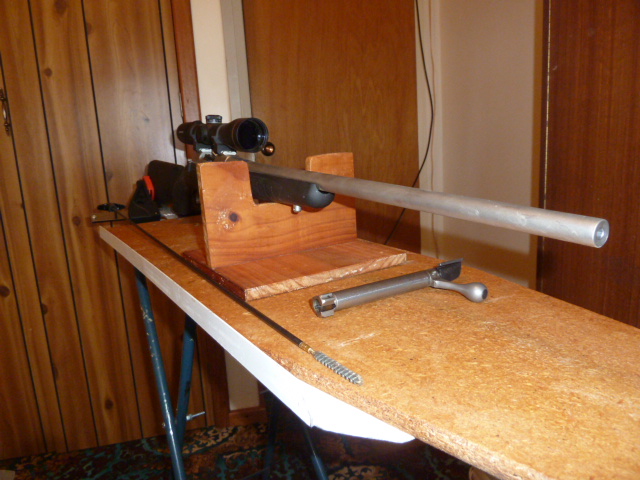 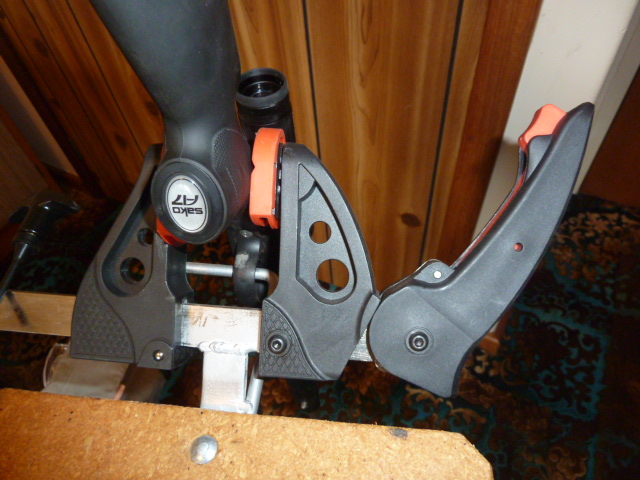 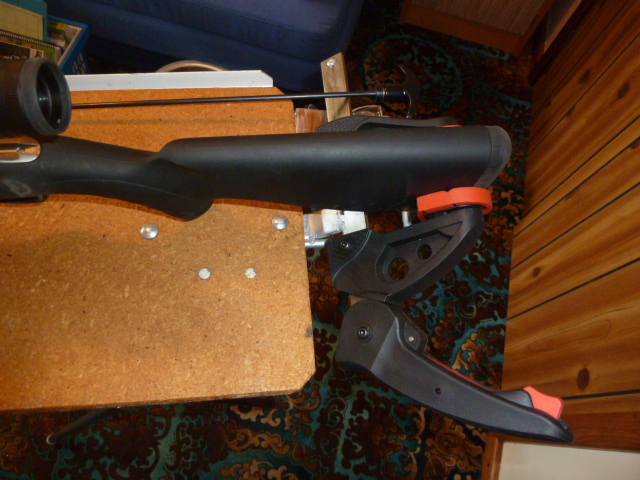 I obtained an old ironing board, modified and mounted a clamp for gripping the butt of the rifle. 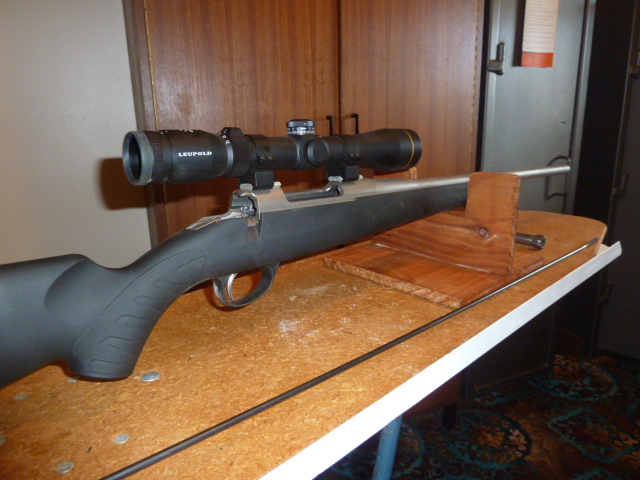 Shaped and joined some boards to support the fore end. 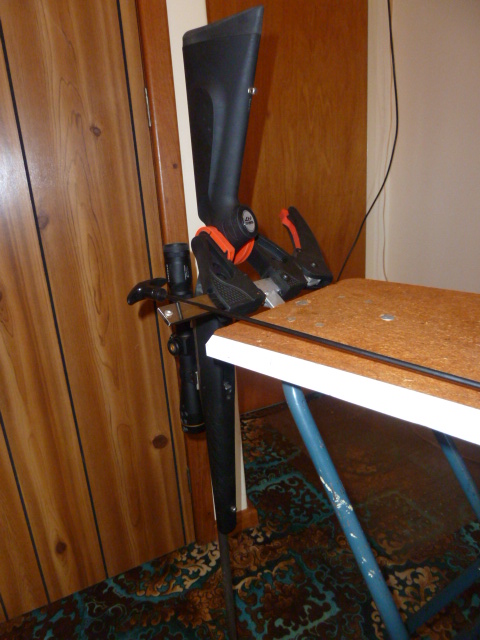 There is a trigger rest to help support the rifle when clamped vertically (muzzle down).

Draw a bass wire brush through the barrel, breach to muzzle, a number of times to loosen the fouling. Follow with a cloth patch or mop.

Invert the rifle and draw a solvent soaked patch up the barrel, muzzle to breach. (Apply solvent only in the barrel.) Allow the solvent to dissolve the fouling for 30 minutes or as directed on the label.

Remove all solvent with clean cloth patches. Repeat if necessary, then lightly oil.

When you purchase a new rifle or have your rifle re barreled, like many many machines, there is an important run in or break in period. After mounting your scope you need to sight in the rifle. Use this opportunity to run in the barrel. It is a little extra trouble but it pays dividends later on. Regardless of how smooth your new barrel looks, there is microscopic roughness that needs to be worked smooth. This roughness will collect copper or lead fouling every time the rifle is fired. Removing this will ensure the best chance of getting the best accuracy potential from that barrel.

For the first 10 shots, clean the barrel after each shot. (See Rifle Accuracy Part 2)
For the next dozen shots clean after every 3 shots.
Thereafter, clean after every 10 shots until the rifle has fired more than 60 shots. The barrel should be run in by now. Clean regularly from then on.

Regular cleaning is more crucial with the smaller calibers to keep them accurate.

The running in procedure was used on my new .243Win Sako A7. This is a picture of a group fired from a sandbag rest on a calm day. 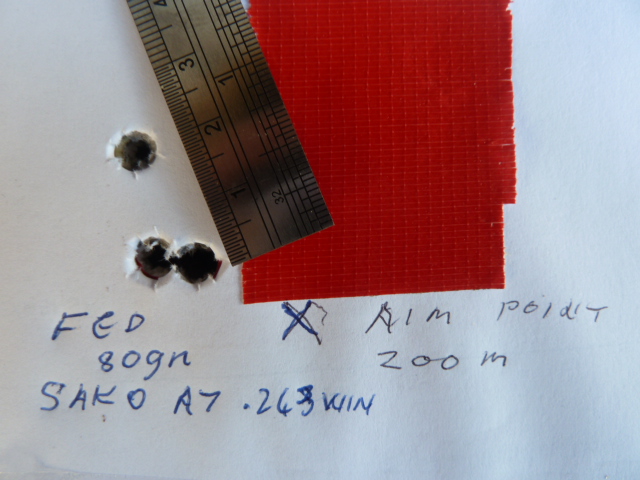 I have since taken a fox at the range of 405 meters on a calm night with this rifle.