Now to the laser guided fox finder. Well, I’m the fox finder, but the laser guides me! This photo here is a pretty poor demonstration of something we have been using for a while, a green laser pointer mounted on a tripod for locating downed foxes. I hope I’m not the only one who walks to a spot where a fox was shot and then figures out that the area looks different in real life compared to what it looked like in the scope a couple of hundred metres away.
It isn’t used all the time, but if there is a concern of locating the fox after moving from the firing point, the laser is put out and aimed at the location where the fox was last seen/shot. 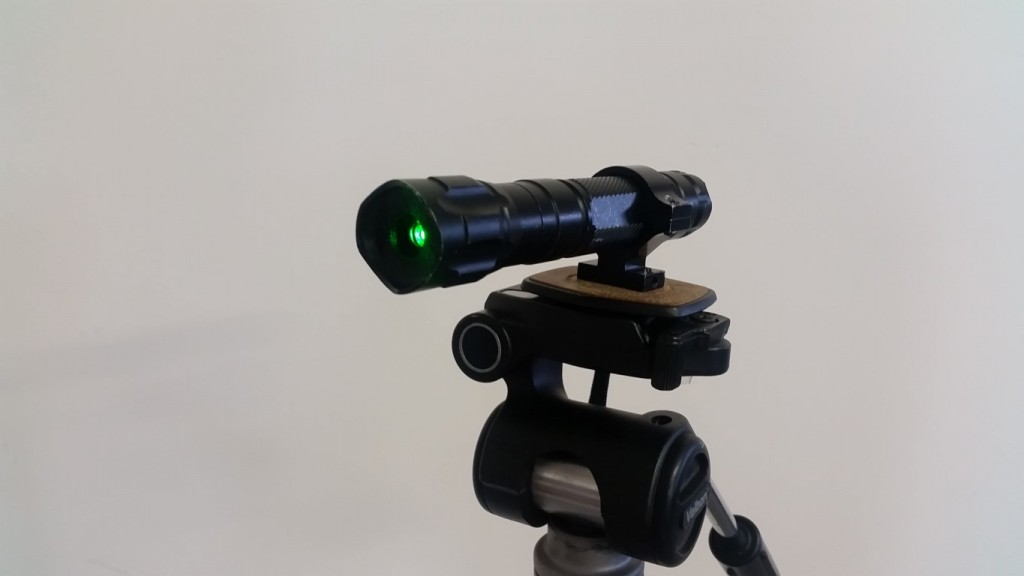 Often we set the laser up and then drive or walk to the laser spot on the ground and the fox is within 2-5m of the spot. I know the frustration of seeing a fox drop in the scope and then being unable to find it. It is also very helpful when numerous foxes are shot from the one spot, or you shoot one and have to move to get another. It really helps to have one fox pointed out with the laser. 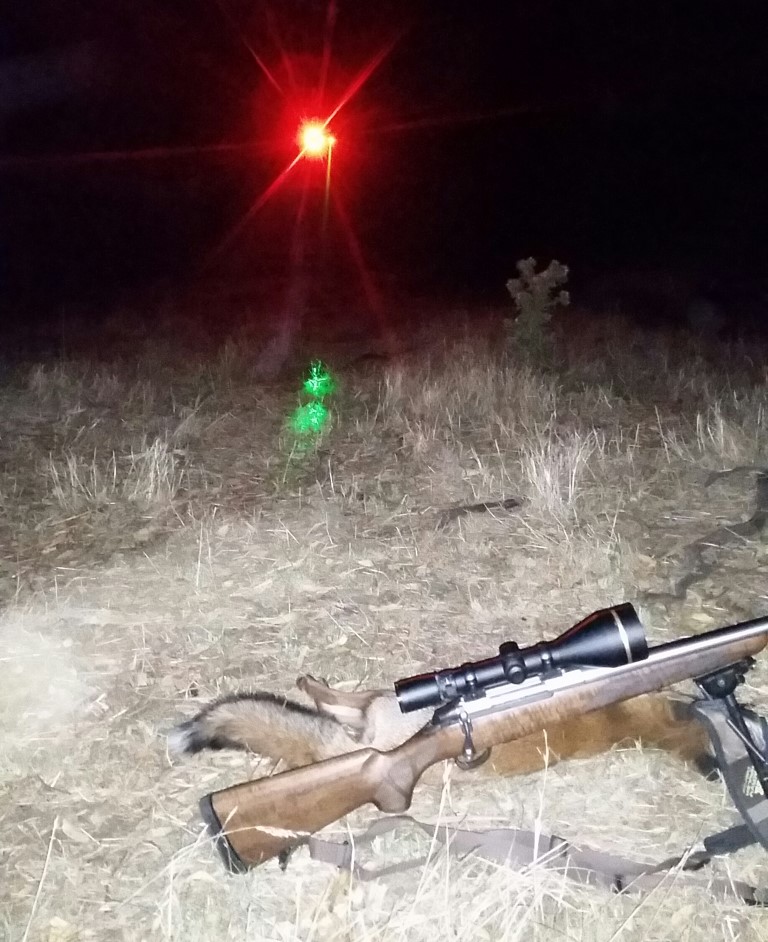 The red light is the red HID spotty, whist the green dot on the ground is obviously the laser. You can see the green laser line coming from beside the vehicle.

The cheap 1mw green laser pointer using a cheap 25mm scope ring that was tapped for the 1/4 thread of the tripod. The laser runs on 18650 batteries so is interchangeable with my torches. 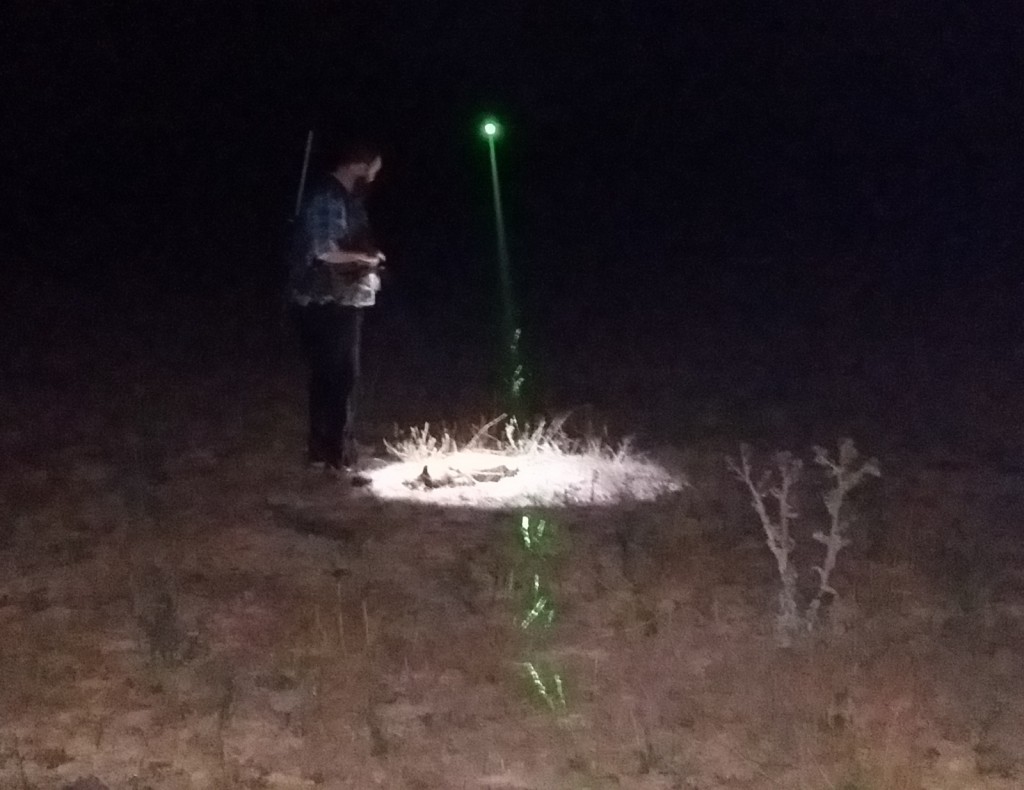